Both Marianne's and my paternal grandfathers were Southern Baptist

ministers. Hers was a successful tobacco farmer in Tennessee before

answering the call. Mine was a candy maker among other things.

In 1922 my grandfather became the preacher at little Vinton Baptist

Church in little Vinton, Va. The sanctuary in which he ministered

stood until 1986, when it was demolished to make way for a bigger

and modern facility. My Dad, who was living in nearby Roanoke at

the time, stopped by to reminisce about his father and of his time as

a little boy there. He introduced himself to one of the workmen and

asked if he might have a brick as a memento. The workman replied,

"I think we can do better than that...", and presented my Dad with

a small stained glass window from his boyhood church.

Years later Dad passed the window along to me.

For Christmas one year, Marianne surprised me and had it built into

a new front door for our home. And it is where it will remain until

the day we move.

She sang in the youth choir. Somewhere around here is a cassette

that contains her singing a most beautiful solo. It was recorded when

they were visiting for a performance at Vinton Baptist Church.

She had stood and sung within feet of where my grandfather had preached.

When I come downstairs in the morning, with the rising sun's rays

shining through that stained glass window, I am reminded.

The little stuff is the big stuff... 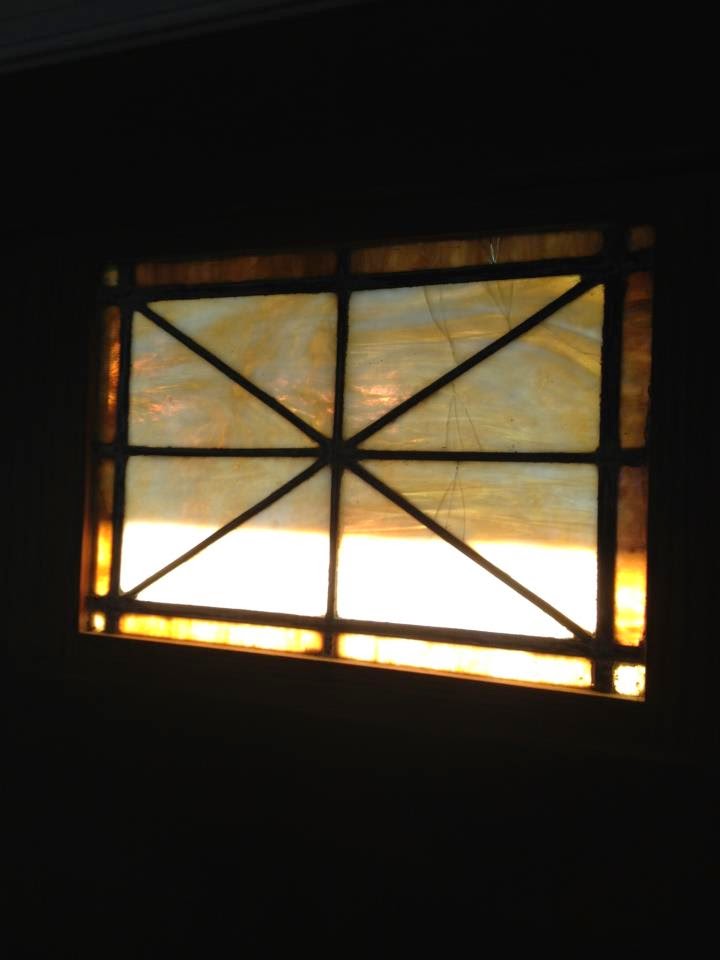