Soccer for the apathetic.....

I settled in to watch the USA play Germany today in the World Cup.

"get" soccer, so I thought I'd give it a shot. It's the most popular sport

in the world, right?

So, let me get this straight.

We lost but we advance. Portugal won but they're out.

The clock counts up, not down. And it keeps running even when play

is halted. And the ref adds an arbitrary amount of time at the end of the game

You can't use your hands unless you're a goalie, but not always.

You can use your head but you can't use your teeth.

And while you can't officially "fake" an injury, it's accepted behavior

and the clock keeps runnin' and the play keeps goin', while the actor

has taken himself out of the proceedings and leaving his team a man short.

Try that on any teams I've been on and you won't need to fake a boo-boo.

We're even though, I suppose.

They fake an injury.

And I fake interest. 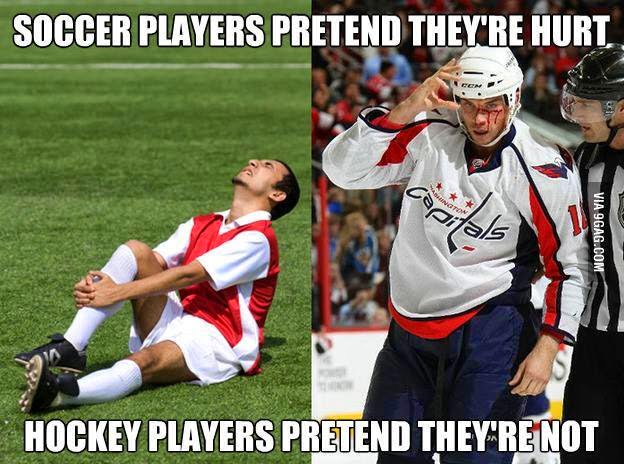