This past Saturday, my friend Dan and I were recollecting about how

times have changed. I'm sure every generation has the near same dialogue.

Not just technology, but the size of things has changed.

I'm not talking about the fact that our homes, salaries and waistlines

I talking about the things that are smaller.

Not smaller in reality.

Smaller in my mind.

I drove by the house where I learned to ride a bike.

I had hopped on my friend Gary's bicycle at the top of his driveway.

I lifted my feet, and the sheer slope of it propelled me into the

street. I wrecked.  I pushed the bike back up the loooonnnngggg

driveway and repeated the process until I was pedaling and steering.

That's how I remembered it.

Reality was different. There was barely any slope to the driveway.

And it was all of fifteen feet long.

My school's playground fooled me as well.

As a boy it seemed to be the size of two football fields.

But instead, maybe four tennis courts.

Even my old home, which seemed huge to me then,

appeared dinky to me now.  And the thought occurred to me,

"How did it take me an hour to mow that postage stamp?"

So the stuff that I remembered as being big as a kid,

turned out to be small.

And the stuff that I thought was small as a kid..... 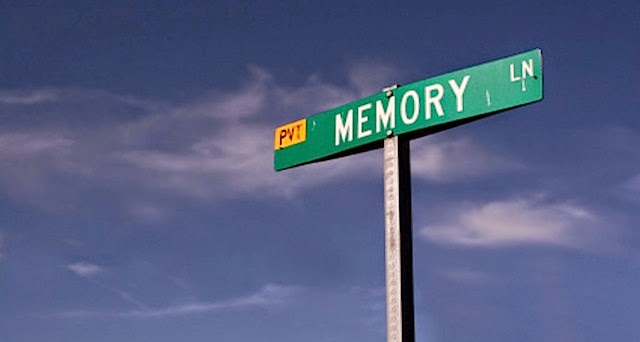