Yes. Of course. It's Richard Simmons.

Who else could it be?

I've chatted with Richard a bunch of times on the phone,

and a couple times he came into the studio.

The first time he appeared in person, he burst through the

studio door, mouth on "full auto" and tried to hijack the show.

He looked at me and asked, "Were you in the Marines? You

He was a blast to have on the air, however we got him.

Larger than life. Wearing his little shorts and tank top.

I'll let you in on something I discovered about him.

Once you get past the "act" and get to the real guy,

you'll uncover one of the greatest "people persons"

you'll ever meet. The second time he came through town

he asked about my wife and daughter by name, and commented

that I was wearing new glasses.

to meet him. I watched him sit on the side of the stage and speak

Oh, and don't try to eat a doughnut in front of him.

He'll perform the Heimlich Maneuver on you whether you're 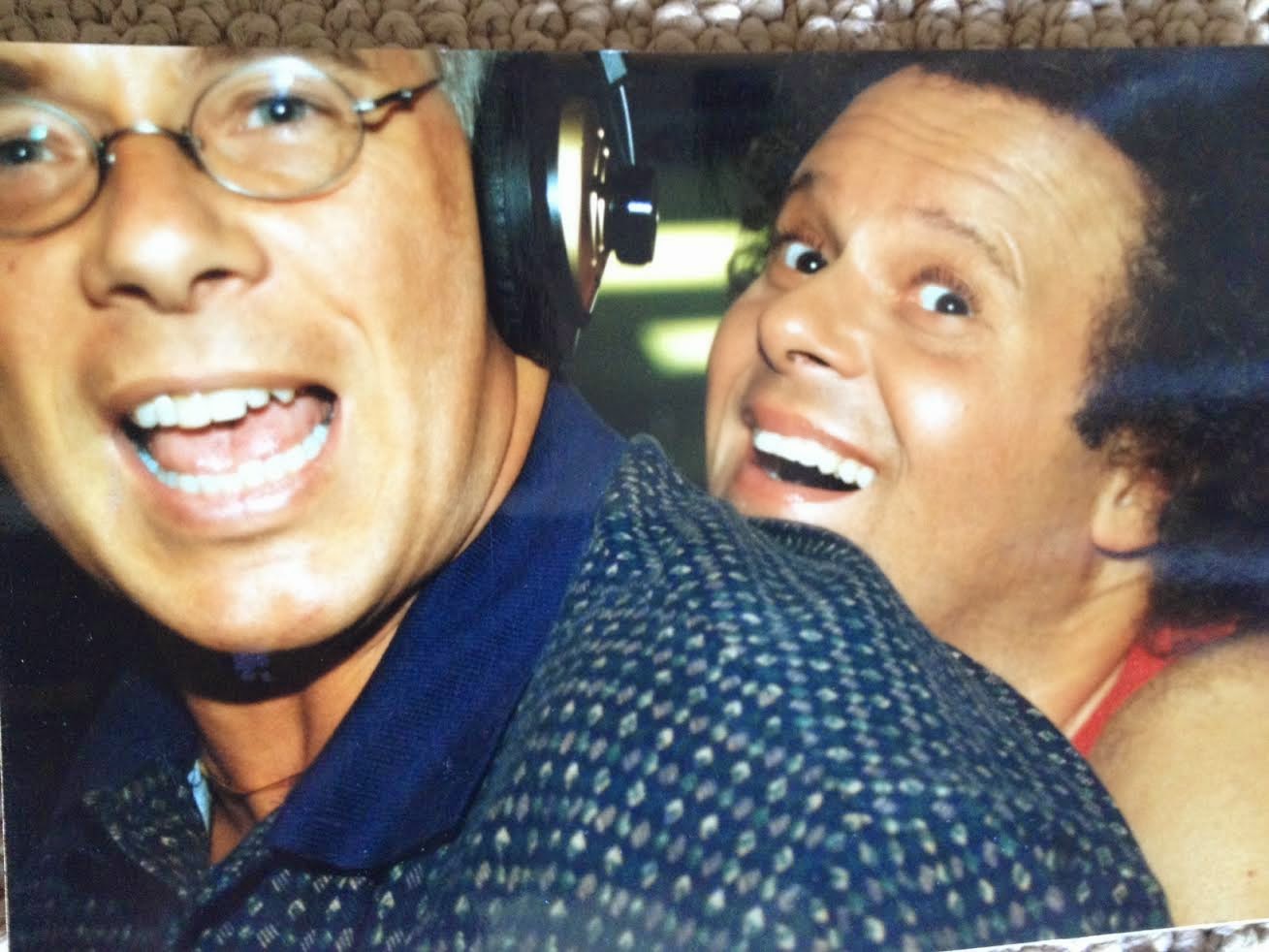