The bulk of it's crafting fell to three of our Founding Fathers.

Ben Franklin was 70 years old at the time. He was also the oldest signer.

It's principal author, Thomas Jefferson was only 33.

They all mutually pledged to each other their lives, their fortunes

and their sacred honor.

It was not lost on them what they had been a part of.

They rekindled their relationship and exchanged many letters.

According to accounts, John Adams' last words were,

But he was wrong.

Jefferson had passed mere hours before him, with his final

words reportedly, "This is the Fourth..."

Died 50 years to the day after the signing.

I don't believe in coincidence. 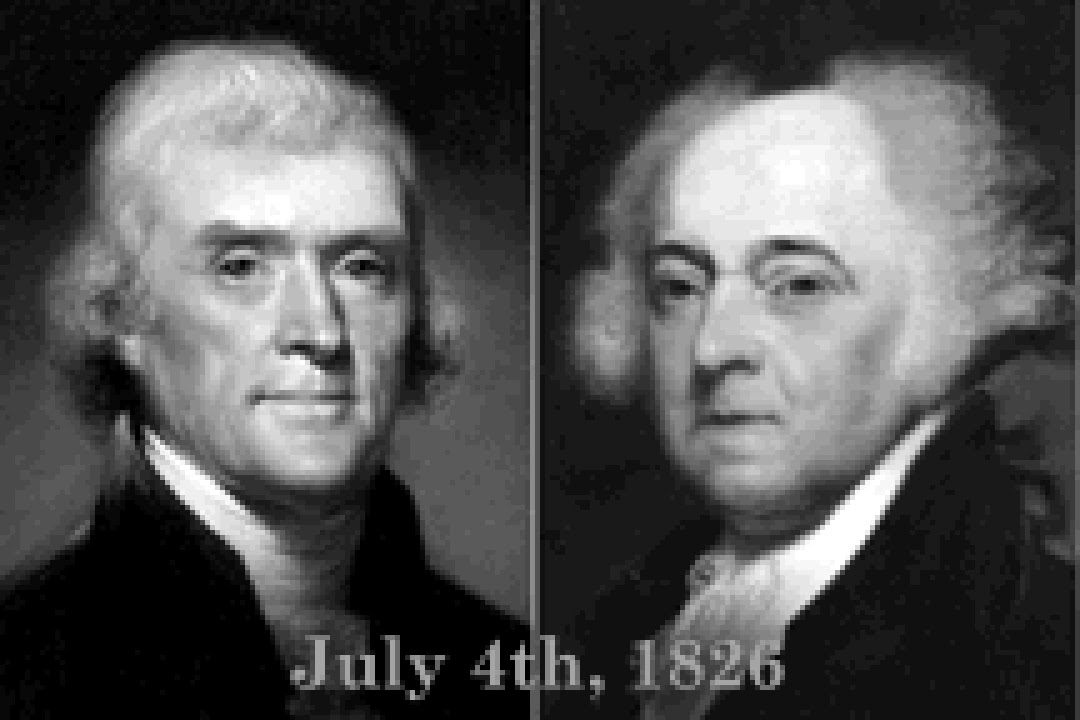