Random thoughts from the day......

Just a few things I wanted to pass along today. Just observations.

First, I will never understand people who don't seem happy unless

they are telling me how unhappy they are. I am convinced they

are why God gave us texting.

J. Crew has taken some flak this week for introducing a new size

Some are considering it "vanity sizing" run amok.  Vanity

"smaller" than it's standard measure. A size 10 might be labeled

an 8, for example.  I can't imagine anyone feeling good about

circumference of an Oreo cookie.....which they can't eat.

My wife came in today and asked, "Did you hear me scream?"

"That's because I didn't, and I almost stepped on a big snake!!!"

"It crawled under the porch."

And finally, I learned today that the estate of John Wayne and

estate wants to use it to market bourbon and the University

has a problem with that.

It seems to me that some sort of compromise can be reached,

because, Lord knows, as an avid Blue Devils basketball fan,

those crazy ACC finishes can drive me to drink... 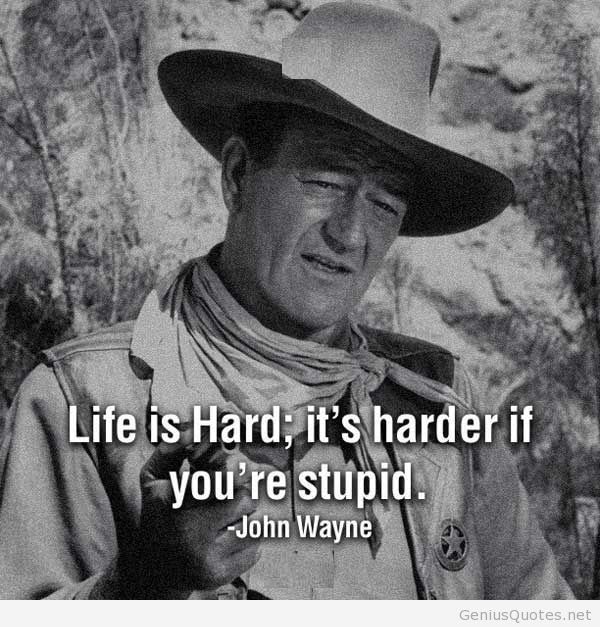