It was the mid 90's, and we had left Marianne's parents' place on

We always joked about driving through thunderstorms, and without a

doubt, the biggest "frog stranglers" I've ever encountered have been

in the Palmetto State.

began. The wind was pushing hard from the left.  Visibility was

I heard a loud bang, and I was aware of wind and water in my face.

It took me a few seconds to gather my senses.

My driver's side window was gone. It had exploded into the cabin

Yours truly had some cuts on my arms and hands.

Marianne, Jessica and I were all covered in bits of glass.

I kept driving until we reached an exit with a gas station.

I was OK until we saw the damage. I remember shaking.

The grease monkeys there and a State Trooper surveyed our van.

No one had any idea what hit us. We had seen nothing.

We took a plastic garbage bag, and, you guessed it, duct taped

it in place of the window.

The drive home was a blur.

We arrived and were greeted by my parents who were

housesitting for us. My Dad looked at the van, and became visibly

upset. He knew, as did I, that the outcome could have been

devastating. Had I been driving a bit faster...or slower...or in a

These things happen to us. They happened to our ancestors.

Those blinks of time that determine a hit or miss.

When you think about it, it's an absolute miracle that any of

us have made this far.

But that's what life is, isn't it? 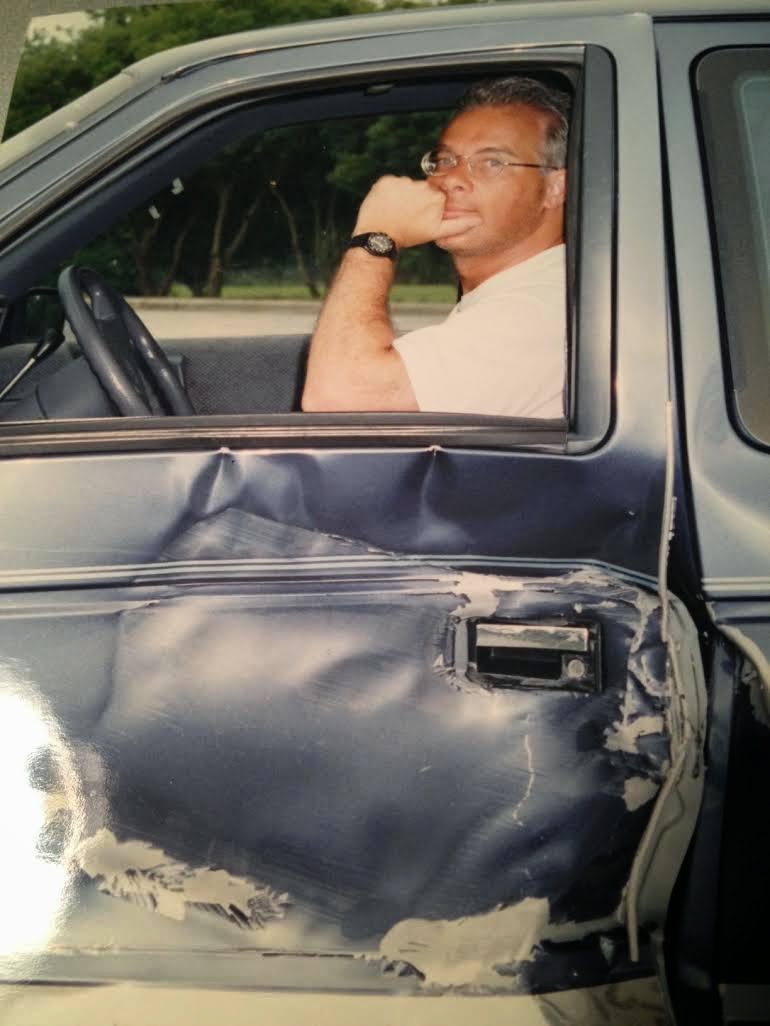