A year or two after the CBS juggernaut 'N.C.I.S." began it's run, it still needed

a little help getting the word out. Hard to believe given that it's been the #1

scripted show on network television for the past few years.

Nevertheless, early on we landed a phone chat with it's star, Mark Harmon.

As was a my custom, I liked to establish a bit of rapport with any guest

before we actually rolled on the interview.  The call was scheduled for

up the phone to speak with him one on one.

After introducing myself, I set the wheels in motion...

"Mark, you and I are just a few years apart in age. I gotta ask you,

what's it like going into work everyday with Illya Kuryakin???"

"Illya Kuryakin" was a character played by actor David McCallum

Mark jumped on it. "That's the first thing I said to him when I met him!

He was funny and honest.

He famously has a "No Jerks Clause" in his contracts. He wants to

work with good, talented and nice people. Just like he is.

I picked up no sense of an inflated ego.

What you see, and in my case, what you hear...is what you get.

I went onto Google to look for a picture to post here.

"When did you take pictures of Mark Harmon?" 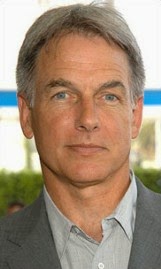