First you start, and then don't stop...

In the Fall of 1999, my wife Marianne was working with the youth drama team at

our church when she had an idea...What if she could combine the story

of the birth of Christ with the Charles Dickens' classic, "A Christmas Carol"?

She locked herself in a room at the nearby Holiday Inn Express for two days.

She wrote it so that each member of the team had a role, including some comic

relief in the form of a shepherd who couldn't find his sheep...

"The First Christmas Carol" was born and performed by the youth as the Christmas play.

It played to capacity audiences twice.

And that was the end of it. Or not.

The idea kept nudging her...

In 2006 she started the process of writing it as a novel.  Her efforts ebbed and flowed.

She'd write some and then quit. Rinse. Repeat.

The idea percolated and persisted.

She wrote more. Found a publisher. Who found her an editor.

red marker streaks all over her manuscript.

She kept at it.  Fewer and fewer red marks appeared.

Her highest "high" and lowest "low" in less than a week.

The holidays brought book signings along with radio, TV and newspaper

Writer's Conference, she received the "Director's Choice" Award 2014 for Best

I'm so proud of her and her determination to get it done. 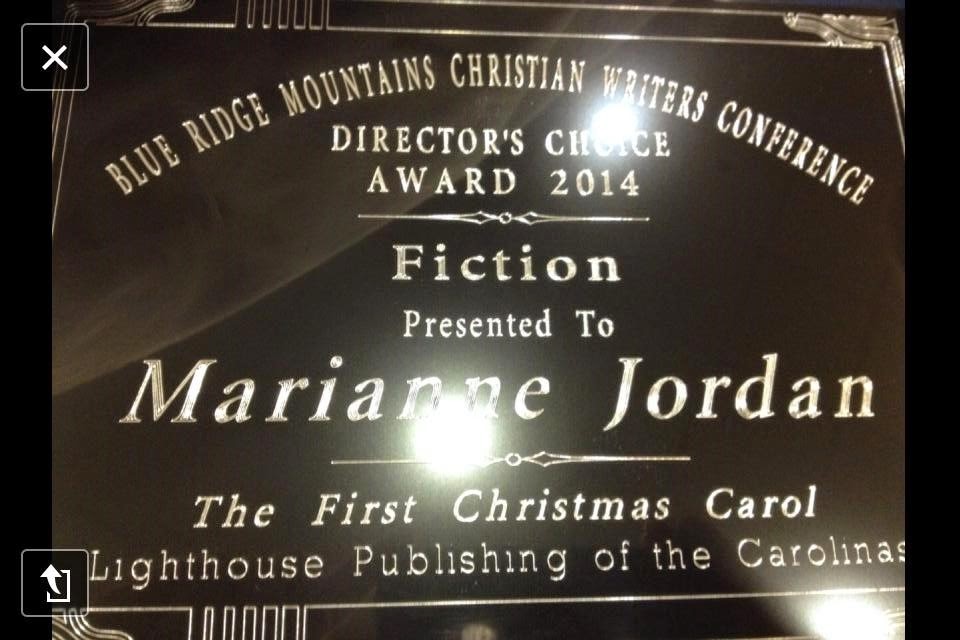