I've had my iPhone for a coupla years now. It's kinda cool.

I like the Google Maps thingy when it talks to me and tells me that I'm lost.

I am NOT on speaking terms with "Siri" however. "Siri"-ously. Never.

Even have an iPad.

So since my PC clone desktop has been on life support for about a year now, I decided

to jump into the deep end of the Apple pool.

Got a MacPro laptop.

Had my first "One To One" session at the Apple store today.

John was most helpful.

Showed me a lot of whizbang features, including the one, two and three fingered swipes or "gestures".

He warned me that some of the "gestures" could get me in trouble.

"Yeah. I saw a few gestures on the Beltline this morning..."  He smiled.

He showed me how to change my Apple ID....Piece. Of. Cake.

I got home to find that my iPad will no longer let me update my apps. 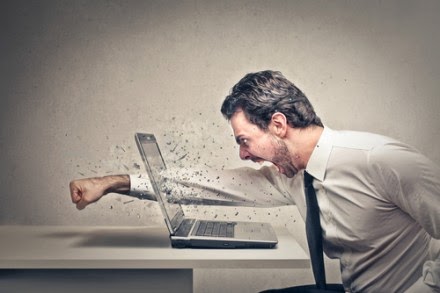