Not too long ago I read a story about a young lady who stabbed her fiance during an argument. An argument over paint. More specifically, an argument over the color of paint.
Women take their colors most seriously.
Where I see "pink", Marianne sees "salmon".
Where I see "blue", Marianne sees "teal".
Where I see "purple", Marianne sees "lavender".
I never argue. Never debate. I don't want to be perforated.
Larry The Cable Guy visited the morning show a few years back and related about the time he bought his girlfriend one of those "Mood Rings"...
"It worked purdy good too.", he said. "When she's in a good mood it turns blue, and when she's in a bad mood, it turns red right in the middle of my forehead..." 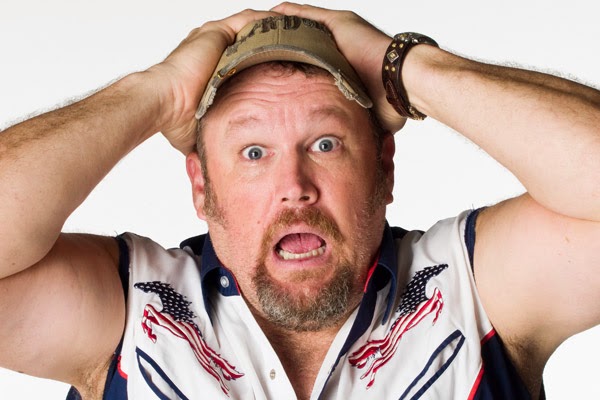