"Please remove your shoes, and we'll remove our common sense..."

The text came in yesterday afternoon. Our daughter Jessica, whose business

name is "Rosy Revolver", was hung up at a security gate at Phoenix's Sky

"Do you have a gun in your purse?", whispered the TSA agent.

her appreciation for teaching her some of the craft.

toy guns can easily be confused for the real deal.

All passengers behind her had been re-routed to another line.

After much debate, it was deemed that she was not a credible threat

She handed the "gun" to me earlier today.

My brain was officially boggled.

I understand that we live in a post-9/11 world.

I'm totally onboard with our need for increased security.

But......this toy resembles a "real" gun about as much as those

little bags of pretzels they dole out on the plane resemble 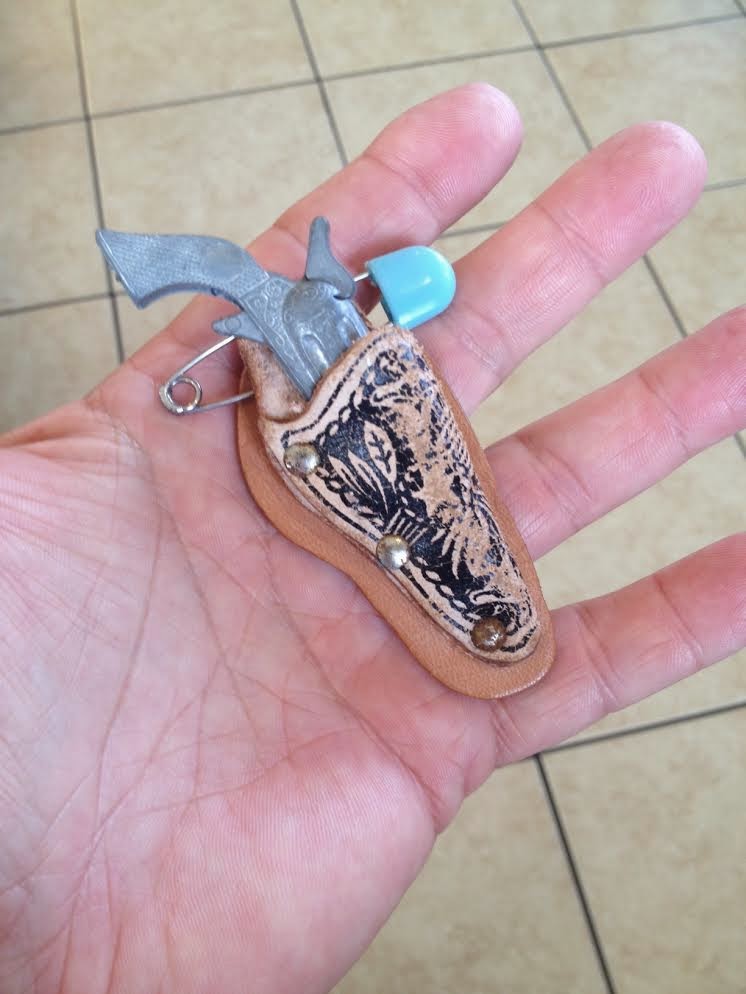